August 22, 2017
latestnews1947: Tech giant Apple has rolled out beta version 7 of iOS 11 for the developers.It is available to developers who pay $99 a year to access new betas, developer tools and content, TechCrunch reported on Tuesday.The new version can be accessed from the settings of the devices already running on iOS 11. 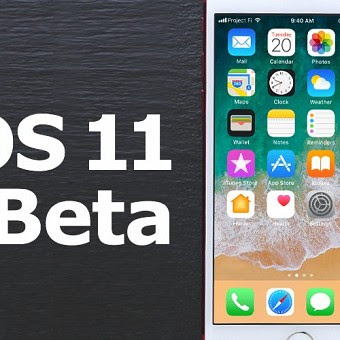 Apart from developers, regular users can receive the update by joining the free public beta programme, after prerequisite safety checks of their devices by the company.In addition to this, 'watchOS 4' and 'tvOS 11' also received beta update, the report added.With the public release of iOS 11 a few weeks away, Apple had started showing the new features in a series of new "how-to" videos that highlight the major additions that would feature in the upcoming iPad.Earlier in June, Apple unveiled iOS 11 at Worldwide Developers' Conference (WWDC) 2017 -- featuring major improvements over its predecessor -- iOS 10.