August 23, 2017
latestnews1947:  A team of officials from Haryana on Wednesday busted a sex determination racket in Roorkee, of Uttarakhand, in the first incident caught in the state, a doctor said. Four persons, including a doctor, were arrested for their alleged involvement.After getting information, District Appropriate Authority-cum-Civil Surgeons of Haryana's Rohtak on August 20, formed a team of doctors comprising Vikas Saini, Sanjeev Malik and Vishal Chaudhary.The team managed to trace an agent in Gurugram's Pataudi area who was involved in the sex determination racket.Later on August 21, another team from Gurugram was constituted, consisting of Deputy Civil Surgeon Saryu Sharma, Drug Control Officer Amandeep Chauhan and Secretary Red Cross Shyam Sunder. 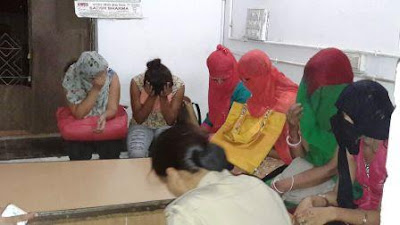 A senior doctor said the team met a decoy customer and contacted the agent Abdul Salar, who agreed to conduct the sex determination test at Rs 30,000. The agent called the customer and her husband around 3.45 a.m. near Chauhan Hospital in Pataudi area on Wednesday, from where he and a lady doctor Beaula took them in a car to Roorkee.According to the complaint filed at a police station in Uttarakhand's Roorkee, the test was conducted illegally at Pancham Ultrasound Centre near BSM Chowk on Saharanpur Road. Police have arrested doctor Vikas Tomar, agent Salar, Sanjay Kumar and another man for the crime, while the lady doctor Beaula was also being questioned."There are 52 authorized ultrasound centres in Uttarakhand. Authorities told us that this was the first case registered ever," Shyam Sunder, one of the team members, told IANS. The accused were arrested under Section 27 of Pre-Conception and Pre-Natal Diagnostic Techniques Act, 1994.