August 27, 2017
latestnews1947: Lucknow, Aug 28: Here a terrific incident has unveiled, while another minor boy committed suicide under the instructions of Blue Whale challenge game, which has claimed its first victim in Uttar Pradesh's Hamirpur district here on Monday.

Coming to details, The deceased identified as Parth Singh, 13, was found hanging in his bedroom in Maudaha village on Sunday night.

The police said the class sixth student had his father's phone on his hand in which the game, that directs the player to commit suicide after 50 challenges, was on when the body was taken down. 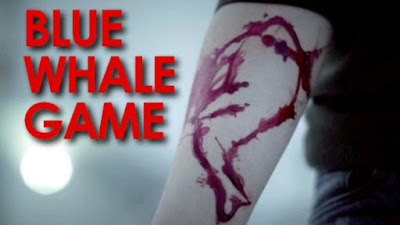 According to the family, Parth had been playing Blue Whale game from the past few days.

When he was asked not to play, he started using his father's mobile phone when he was not around or sleeping.

On Sunday evening, Parth was supposed to attend a friend's birthday party but instead locked himself in the room.

An only child, when he did not open the door, his father Vikram Singh, broke open the door and found him hanging.

Maudaha circle officer (CO) Abhishek Yadav told media the suicide seems to have been triggered by the blue whale game and a probe is underway.

"We are sending IT experts to go through the mobile records and history," he added.

The Director General of Police Sulkhan Singh, in a letter to all district police chiefs had asked for complete compliance to the order of the Union Government banning the dangerous game.
Location: Lucknow, Uttar Pradesh, India