August 22, 2017
latestnews1947:  President Donald Trump has unveiled his long-awaited Afghanistan policy, warning the US will take action within Pakistan if it did not stop backing terrorists battling American forces. And in a first for an American President, Trump brought India directly into the equation by assigning a strategic role for New Delhi.
In an address to the nation on Monday from Fort Myer near Washington, Trump put long-time ally Pakistan on notice with a virtual ultimatum that it "has much to lose" by backing terrorists.He accused Islamabad of sheltering "the same organisations that try every single day to kill our people". 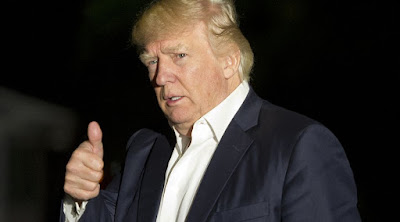 "We have been paying Pakistan billions and billions of dollars, at the same time they are housing the very terrorists we are fighting. But that will have to change and that will change immediately."In an implied warning to Islamabad, he added: "These killers need to know they have nowhere to hide - that no place is beyond the reach of American arms."Trump also asked India "to help us more with Afghanistan" and said a "critical part of the South Asia strategy for America was to further develop its strategic partnership with India -- the world's largest democracy and a key security and economic partner of the US".The new US policy, a reversal of Trump's threats during the Presidential campaign to quit Afghanistan, was hailed by Kabul and New Delhi. But the Taliban denounced it -- so did leading figures in Pakistan. Trump presented his strategy for the 16-year Afghanistan war, three weeks before the anniversary of 9/11 attacks on the US by the Al Qaeda which was then based in that country.He said from the Oval Office he now saw things differently after receiving advice on Afghanistan.But he stuck to a core tenet of his policy, limiting American missions: "We are not nation-building again. We are killing terrorists."The Taliban warned on Tuesday that the US would lose many more lives in Afghanistan."If America doesn't withdraw its troops from Afghanistan soon, Afghanistan will become another graveyard for this superpower in the 21st century," Taliban spokesperson Zabiullah Mujahid said.India, which enjoys close ties with Kabul, welcomed Trump's "determination to enhance efforts to overcome the challenges facing Afghanistan and confronting issues of safe havens and other forms of cross-border support enjoyed by terrorists". Afghan President Ashraf Ghani said he was "grateful" to Trump "for this affirmation of support for our efforts to achieve self-reliance and for our joint struggle to rid the region from the threat of terrorism".There was no reaction from the Pakistan government but leading politicians slammed Trump."Blaming Pakistan will not win the war for the US in Afghanistan nor will embracing (Indian Prime Minister Narendra) Modi," said Shireen Mazari, a PTI member in the National Assembly.Trump declared: "We will no longer use American military might to construct democracies in far away lands, or try to rebuild other countries in our own image - those days are now over.""The next pillar of our new strategy is a change in our approach to Pakistan," he said. "We can no longer be silent about Pakistan's safe havens for terrorist organisations, the Taliban, and other groups that pose a threat to the region and beyond."He added he would not set any timetables as his predecessor Barack Obama had."From now on, victory will have a clear definition: attacking our enemies, obliterating IS (Islamic State), crushing Al Qaeda, preventing the Taliban from taking over the country, and stopping mass terror attacks against Americans before they emerge."The other danger he saw was from Pakistan's backing for terrorists against India. "The threat is worse because Pakistan and India are two nuclear-armed states whose tense relations threaten to spiral into conflict."He said he wanted India's help but made it appear a transactional issue by referring to New Delhi's trade with the US.India pledged a $1 billion package for Afghanistan in 2016.Secretary of State Rex Tillerson affirmed India's role outlined by Trump."India will be an important partner in the effort to ensure peace and stability in the region and we welcome its role in supporting Afghanistan's political and economic modernisation," he said.