August 27, 2017
latestnews1947:  Kerala BJP president Kummanem Rajasekheran on Sunday asked Chief Minister Pinarayi Vijayan and Leader of Opposition Ramesh Chennithala not to be unduly worried of violence in other states.He was reacting to the letters written by Vijayan to Prime Minister Narendra Modi and by Chennithala to Union Home Minister Rajnath Singh after violent protests broke out in Haryana, Punjab and Delhi following the conviction of Dera Sacha Sauda sect chief Gurmeet Ram Rahim Singh in a rape and sexual exploitation case by a special CBI court. 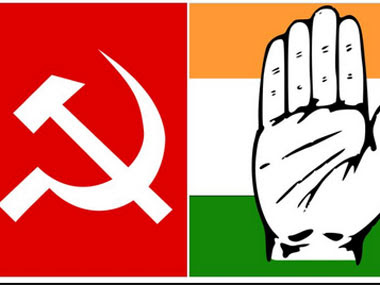 "Really do not understand why Vijayan is shedding crocodile tears over what happened in those states, when he should be answerable to the political killings that have taken place in his home town. What happened in North India was the violent reaction by the followers of Singh and the security forces used force to curb the excess done, but in Vijayan's place, people who voted against his party are being targeted and those who do it are not taken to task," said Rajasekheran in a Facebook post."What Chennithala forgot is when the Congress ruled the country, lakhs was killed on account of violence all over the country. What Chennithala has conveniently ignored is that it was during the Congress rule that the Dera Sacha Sauda chief was given high security cover. The Congress is solely responsible for promoting such fake godmen. The killing of Sikhs also happened during the Congress regime," he said.He also pointed out that whatever happened in those states was contained in a matter of 24 hours and that shows how the BJP deals with issues.
Location: Kerala, India