August 23, 2017
latestnews1947:  Megastar Amitabh Bachchan who was present at the launch of "Kaun Banega Crorepati" (KBC) season 9 on Wednesday said if your content is strong then no technological advancement can hinder conventional TV.With a smartphone technology and a steep rise in the production of digital content, big production houses like Yash Raj, Excel Entertainment, Phantom films and Balaji films have also entered in the production of web series."With each passing month new technology is developing in the world, but the content has always ruled. As long as you can create content which is watchable any amount of technological skill will not fall prey to it," Amitabh. 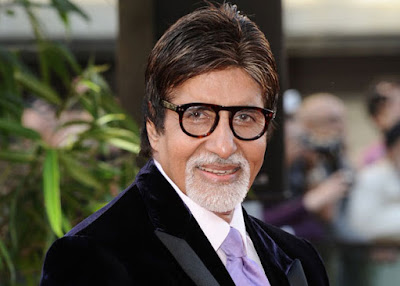 This season the KBC has been made more exciting with the introduction of a jackpot question for seven crore. It will be an all or nothing deal and when asked about it the actor said: "I feel like that gives us an opportunity to test the intelligence and knowledge of the person who is going to play for seven crore.""It is a huge award, but with that jump we are also challenging that person and his knowledge. If people are preparing to come to KBC then they are also preparing to face that question."KBC 9 will be bursting with new lifelines, thrilling gamification and an array of technological advancements in a concisely packaged limited episode season. The hitherto "phone-a-friend" lifeline will be revamped this season to video-a-friend.Additionally an aptly titled new life line "jodidaar" has been introduced, wherein the participant can bring along a partner to join on the hot seat.