August 27, 2017
latestnews1947: Offshore wind -- plentiful along the coast of southern India -- can be a potential source to meet the increasing energy demand in this region, scientists at the National Institute of Ocean Technology (NIOT) in Chennai report.After reviewing various wind resource maps along the 3,100-km coastline of Tamil Nadu, Andhra Pradesh, Karnataka and Kerala, they have identified Rameswaram and Kanyakumari along the Tamil Nadu coast as the most suitable sites for setting up offshore wind farms. Between the two potential sites, wind farms at Kanyakumari are more viable compared to Rameswaram. 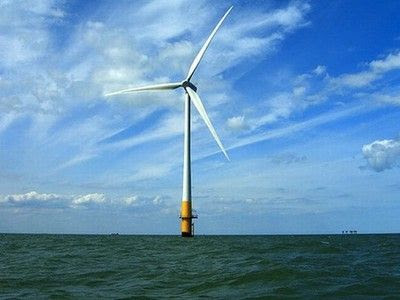 Powerful and consistent winds and low sound pollution make offshore wind farms preferable to onshore farms, they report in the journal Current Science.More than 90 per cent of the global offshore wind farms are located in European waters, including the world's largest such, the 630 MW "London Array", which was commissioned in 2013.India's installed wind power capacity has significantly increased in recent years, reaching 32 GW at the end of March 2017. But no offshore wind farm is under implementation although an Offshore Wind Policy was announced in 2015.The NIOT initiated the study to identify suitable sites along the Indian coast. As long-term historical wind data is not available in all the terrains in India, its scientists used the numerical wind atlas maps generated by the Technical University of Denmark for their study.They also used the offshore wind potential maps produced by the Indian National Centre for Ocean Information Services based on daily wind data derived from the QuikSCAT NASA satellite. This data was validated through in-situ measurements of winds obtained from five moored buoys deployed by NIOT along the Indian coast. 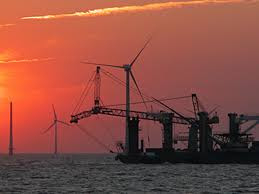 According to their findings, winds of magnitude six metres per second or more persist for more than 300 days along the Tamil Nadu coast. "The wind potential maps indicate Rameswaram and Kanyakumari along the Tamil Nadu Coast as suitable sites for setting up of offshore wind farms."These two sites are subjected to very few cyclones when compared to other sites in the north, making them more suitable for offshore wind energy establishments in terms of safety," the scientists said."South India is facing huge deficit in electricity which can be compensated to some extent by offshore wind plants." says the report. "However, the cost of offshore wind energy plants will be significantly higher compared to onshore farms because of the higher cost for foundations, installation, operation and maintenance and complex logistics."After considering the uncertainty in wind speeds, the NIOT team has also identified that 3.4 MW wind turbines will be suitable at these two potential sites to achieve a high plant load factor. The scientists proposed a wind farm about five kilometres from the coastline consisting of 50 such turbines, each estimated to cost about Rs 690 million. 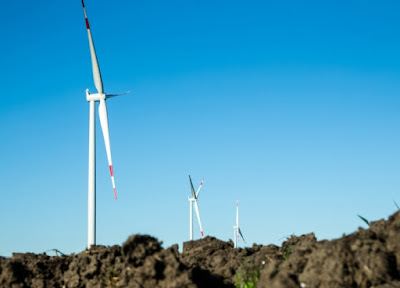 Commercial viability studies of offshore wind farms indicated a cost of Rs 10.8 and Rs 9.6 per Kilowatt-hour (Kwh) of energy produced at Rameswaram and Kanyakumari, respectively, for an internal rate of return of 14 per cent."As an offshore wind farm is to be implemented for the first time in India, an attractive policy framework is required to promote this industry and make it commercially viable over a period," the scientists have suggested.
Location: Bengaluru, Karnataka, India