August 27, 2017
latestnews1947:  The Mexican government has reiterated that it will not pay for US President Donald Trump's proposed border wall, the media reported.Mexico's remarks on Sunday night was in response to Trump tweet earlier in day saying: "With Mexico being one of the highest crime nations in the world, we must have the wall. Mexico will pay for it through reimbursement/other," CNN reported.The Foreign Ministry in a statement said Mexico was not paying for the wall "under any circumstances". 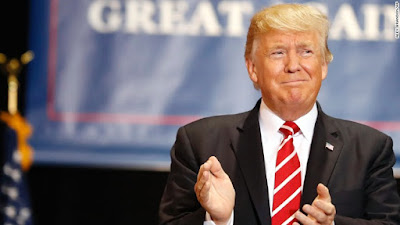 "This determination is not part of a Mexican negotiating strategy, but a principle of national sovereignty and dignity," it said.The statement also addressed Trump's comment regarding crime in Mexico. It said the crime is a "shared problem" for both countries and is caused in part by US' demand for Mexican narcotics."Only on the basis of the principles of shared responsibility, teamwork and mutual trust can we overcome this challenge."One of Trump's principle campaign promises was to build a wall at the southern border and have Mexico pay for it, CNN reported. Since taking office, Trump has called for Congress to allocate money for the wall instead and have Mexico pay the US back. Mexican leaders have publicly rejected any avenue to pay for the wall.Earlier this month, Trump threatened a government shutdown should Congress not allocate money to build the wall that Mexico has refused to fund. The deadline for passing a spending bill to keep the government open is at the end of next month.
Location: 1503 W 11th St, Coffeyville, KS 67337, USA