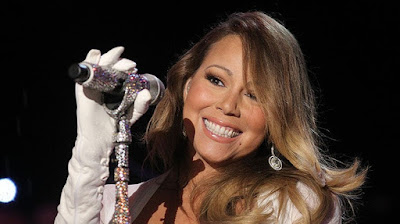 "Growing up different, being biracial, having the whole thing where I did not know if I fit in ... That is why music became such a big part of my life, because it helped me overcome those issues," she said. "Sometimes it is hard to let your guard down."She recounted her time before she made it to the industry."I remember it not being easy getting a record deal. Making demos in the middle of the night, sleeping on the floor in the studio, being broke with no food. My go-to meal was (Newman's Own) sauce. Me and my friend would split the pasta and sauce for, like, a week. Or it was, like, a bagel and iced tea ... The guy would give it to me at the deli for free.These days, she said she is working on a new fragrance."I don't have a name ... But it is with Elizabeth Arden. It smells like success. There is also a secret song I have been working on."