August 23, 2017
latestnews1947: Making 360-degree photos more of a common experience, Facebook has rolled out an update letting users capture 360-degree photos using its in-app camera.The update has been rolled out in both iOS and Android and includes the abilities to zoom and tag friends. According to a TechCrunch report on Wednesday, these 360-degree images or those from any other sources can be used as "Cover Photos".All that users need to do to take 360-degree photos is open the Facebook app and click the "360 Photo" option from the top of the News Feed. 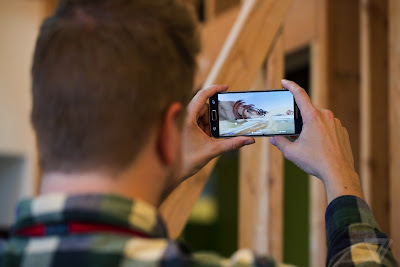 After pressing the option, they need to follow the path from start to finish until they have taken a complete panorama.Users also have an option to select their preferred "starting view" within the photo."Capturing 360-degree using the Facebook camera is designed to be as easy as possible, too, with Facebook employing computer vision to automatically stitch the photo after you rotate your phone to capture it panorama-style," the report added.