August 22, 2017
latestnews1947: Union Law Minister Ravi Shankar Prasad on Tuesday hailed the Supreme Court's judgement striking down triple talaq, saying that it was an indication of an emerging new India.
He also said the apex court judgement would become a beacon to the world.Speaking to CNN News 18 news channel, Prasad said: "A great sense of personal fulfilment. But we need to salute the Muslim women today who fought for it.""Their courage I need to compliment but what would I say it is an indication of new emerging India." 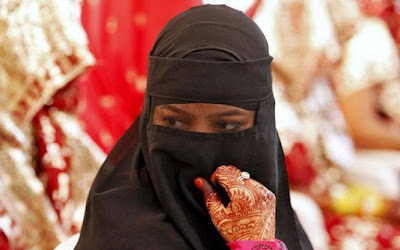 He also said that by a majority the Supreme Court very clearly and categorically held that it is whimsical, arbitrary, unreasonable and violative of Article 14 of the Constitution. "It is a new statement of empowerment of women of India," he said. Asked if the country would see the new codes, he said: "As of now triple talaq goes. The court has declared it to be like that. Whatever future initiatives are to be taken, we will consider it... but let me tell you today, this judgement is going to become a beacon to the world.""The judgement and the quest of Indian Muslim women who showed great determination to fight this great menace," he said. The Minister also hailed the role of Prime Minister Narendra Modi on the triple talaq issue and said: "The leadership of the Prime Minister was very firm and we have to keep it beyond the pale of communal divide only for gender justice, gender equity and gender integrity."While stressing that Islam should be given respect, he wondered why the Muslim leaders remained silent for so long. "Why the great leaders of Islam failed to recognise what is sin in Islam and how that can become legal?""What is inappropriate in Islam that can be covered by faith," he questioned.