August 23, 2017
latestnews1947: Indian actor Ravi Bhatia, who featured in Indonesian television shows, is now back in Mumbai and keen to do intense and romantic roles on screen.Ravi had found popularity in Indonesia ever since Ekta Kapoor's historical saga "Jodha Akbar" went on air there. He went there and did shows there like "Cinta Di Langit Taj Mahal","Roro Jonggrang", "Gara Gara Duyung" and "Sambhalado".After staying in Indonesia for three years, Ravi is back to regale his Indian fans.Commenting on the kind of roles he is looking forward to now, Ravi said in a statement: "Intense and romantic. Intense love stories always fascinate me. If I get an opportunity, I would love to do a show or film like 'Veer-Zaara', 'Titanic', 'Possession, Before Sunset' or 'A Walk to Remember'". 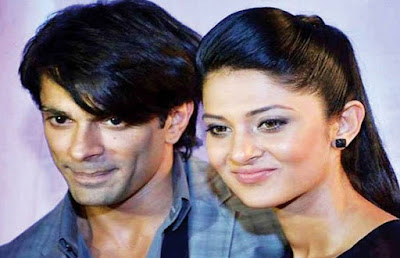 However, the actor does not want to restrict himself."I am greedy when it comes to work. If not a romantic, I am open to doing shows in any genre unless and until my role is performance-oriented," he added.The actor says he went to Indonesia for a short duration."Luckily, my stay got extended. I explored a lot there, learned a new language, did live TV shows, played the role of a super hero in an international series, recorded a trilingual music single. But I was terribly missing my family and friends and decided to come back to my karma bhoomi Mumbai," he said.-*-Akash Gill saves child from ill-treating parentsActor Akash Gill, who is currently seen as an effeminate in "Rishton Ka Chakravyuh", expressed anger at parents who were ill-treating their child. According to a statement issued by the publicist of the actor, Akash was waiting at a bus stop where he saw a boy who was being abused by his parents. They were calling him names like 'chhakka' because he was standing like a girl. Akash couldn't control himself and gave them a piece of advice.Talking about it, Akash said: "I got really angry when I saw them threatening and abusing an innocent boy. I explained to them why they should not abuse the kid, that too in a public place just because he was standing like a girl. Although they strictly told me not to interfere as it was their personal matter, I threatened to expose their abusiveness towards their son... They got scared and apologised."However, I told them that instead of apologising to me they should say sorry to their son. His mother was in tears when I told them that the boy might experience severe low self-esteem and lack of self-confidence in future, which will in turn increase the risk of suicidal thoughts," he added."Irrespective of whether he is effeminate or masculine, he deserves love and care," Akash said.-*-My co-stars are like my extended family: Rahulram ManchandaActor Rahulram Manchanda, who is currently seen as Tanvi Azmi's son in "Vani Rani", says his co-stars are like his family. Rahulram celebrated his birthday on Tuesday along with the cast and crew of "Vani Rani". "My co-stars are like my extended family. My onscreen brothers Jitendra Nokewal and Jatin Bhardwaj have become my buddies in a short span of time. They also surprised me during the break with a birthday cake. I'm truly blessed to have co-stars like them," Rahulram said in a statement.